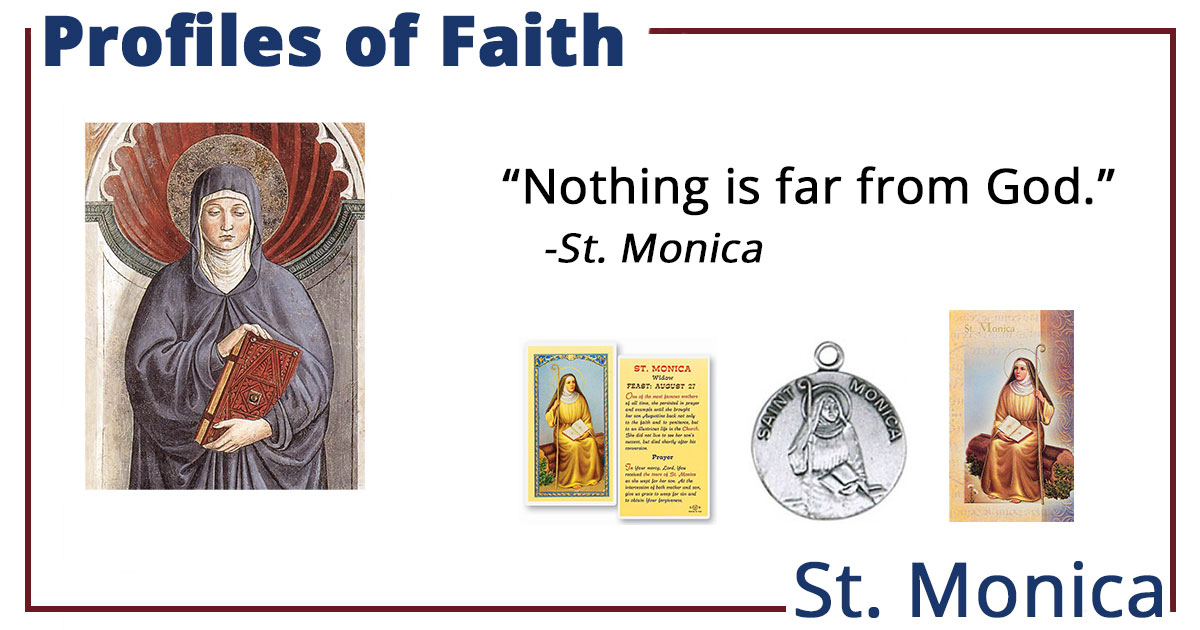 St. Monica was born 331 AD in Tagaste. Monica was a practicing Christian but was married to a pagan man named Patricius at a young age. Monica’s prayer habits annoyed him, but he always held her in respect. She would pray often for his conversion.

Monica had three children, one of them being St. Augustine. Patircius refused to let their children be baptized. He agreed to it when Augustine fell ill, only to retract permission after he recovered.

While her other two children joined the religious life, Augustine was difficult and lazy. To try and change his ways, Monica sent him to Carthage to study rhetoric when Patricius died. Augustine returned home a Manichaean, which caused Monica to have him leave. She had a vision which told her to make amends with her son.

She set out to find him and was reunited. She befriended St. Ambrose who encouraged Augustine to be baptized and become Christian.

It is through her faith and love that she was able to bring her son back to the Church. 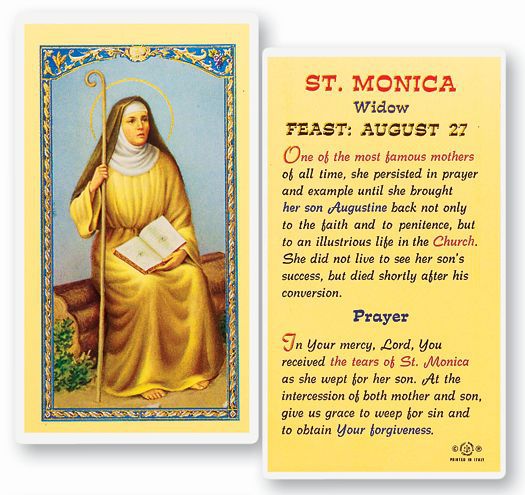