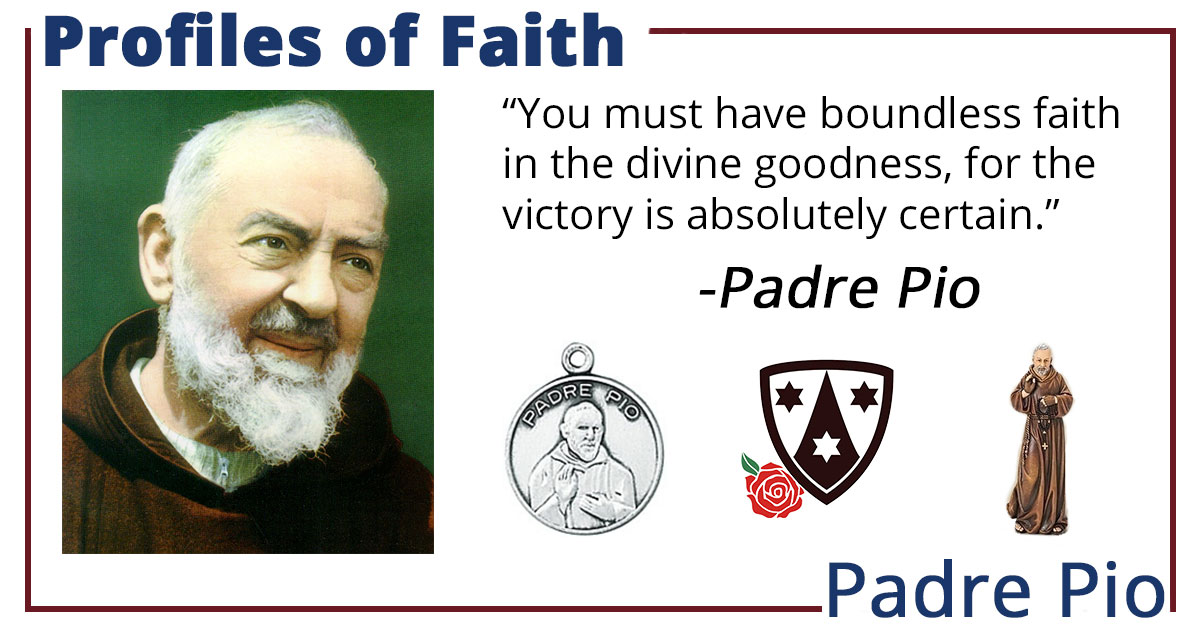 Padre Pio was born as Francesco Forgione in Pietrelcina, Italy in 1887 to a shepherding family. Padre Pio entered the Capuchin Franciscan Friars as a novitiate at age 16 and ordained a priest at age 20.

After a short stay at home for health issues, Padre Pio was sent to the friary of San Giovanni Rotondo, he stayed there for the remainder of his life.

One September 20, 1918, while he was praying before a crucifix, Padre Pio received stigmata, or the wounds of Christ, which is why he is often depicted with his hands covered. He was the first priest to be blessed with this.

Word about him spread, especially by American WW II soldiers. He became the center of pilgrimages for the devout and the curious.

Padre Pio would sit in the confessional for hours hearing people’s confessions. He was able to read the consciences of those who held back their sins. Pio was also said to be blessed with the capabilities to bilocate, levitate, and heal the sick with touch and prayer.

Padre Pio founded a hospital and prayer groups that are still in existence today. Many miracles and cures have been associated to St. Pio’s intercession. 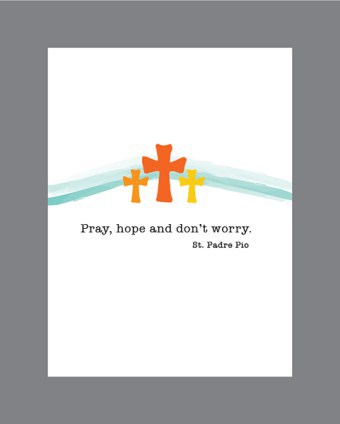