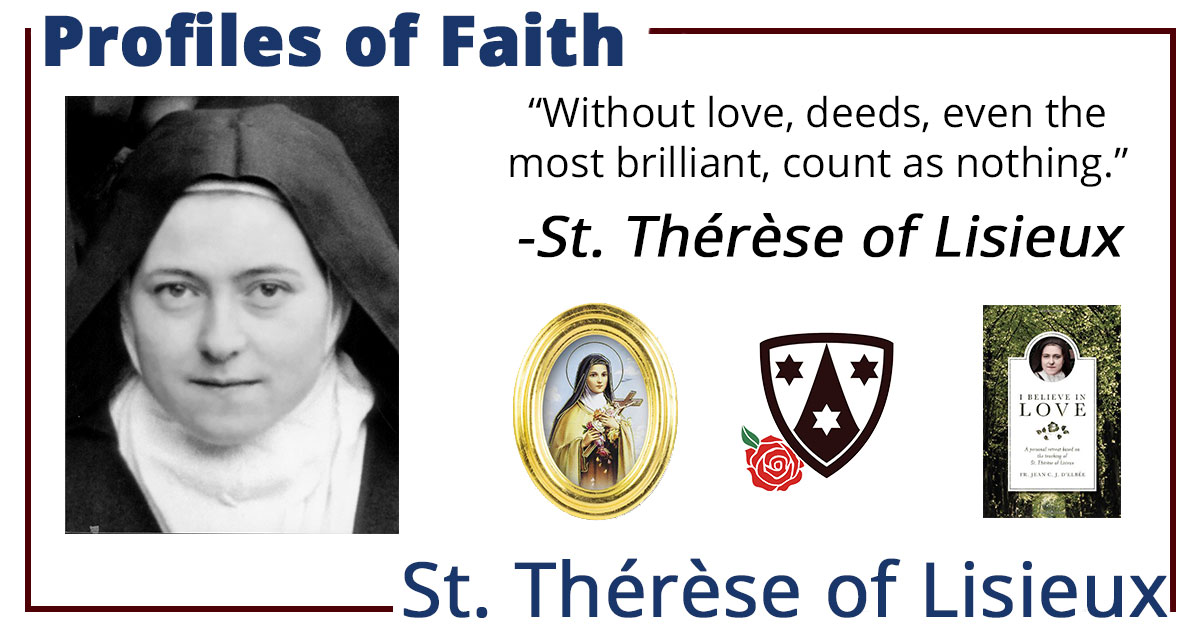 About St. Therese of Lisieux:

St. Therese was born January 2, 1873 in Alencon, France. She was the youngest of five daughters, all of whom entered religious life. Therese entered Carmel at age 15 and professed her vows two years later.

During her time at the convent, St. Therese never did anything remarkable. She performed simple and mundane tasks. It was her writings that were simply amazing. She was instructed to write down her childhood memories, which became the first part of her autobiography, Story of a Soul, which was published a year after her death.

It was through her story that we have come to know and adore her “little way” of spiritual childhood. It is through doing small things and daily duties with great love that we show the love of God.

St. Therese died of tuberculosis at age 24 after nine years of religious life. Many intercessions are attributed to St. Therese. Because of her deep and profound writing she was declared a Doctor of the Church. 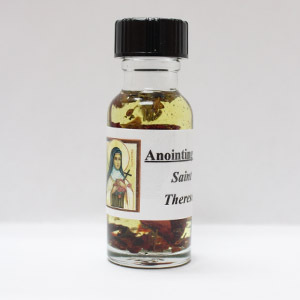 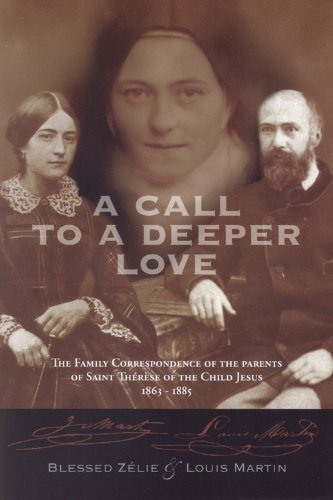