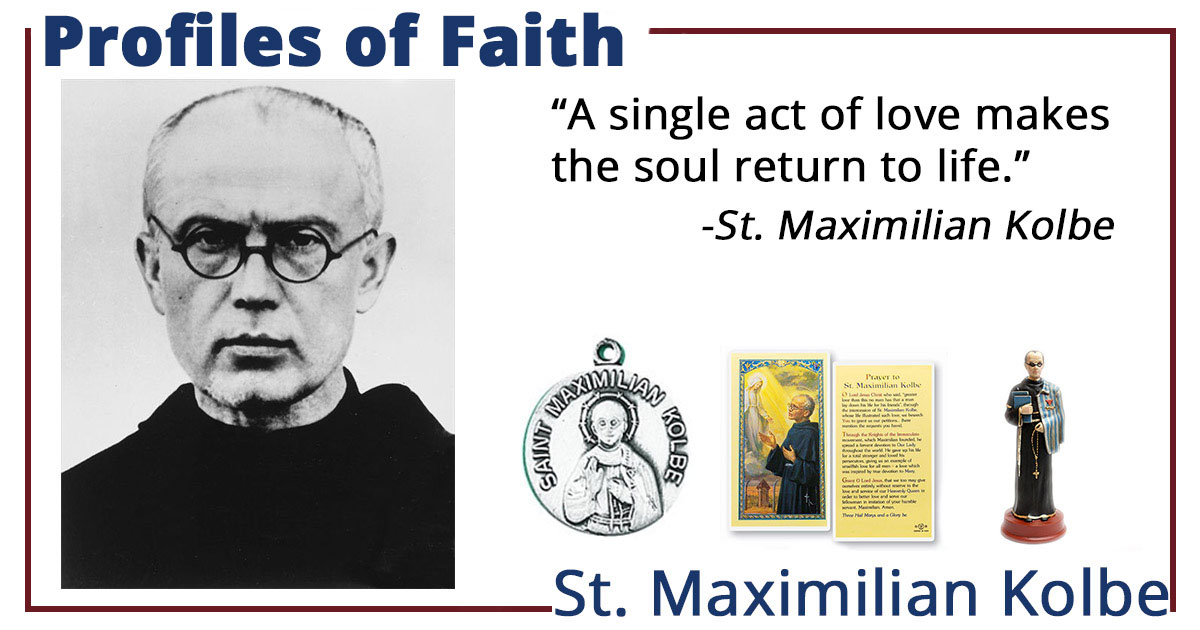 St. Maximilian Kolbe was born in Russian-occupied Poland in 1894. He entered the Franciscan junior seminary at age 13 and became a novice in the Conventual Franciscan Order at age 16.

During his studies, St. Maximilian and six friends founded the Immaculata Movement, which spreads devotion to Our Lady and the Miraculous Medal. He also started a magazine for the movement.

Soon, his work outgrew the friaries. He founded a new monastery where he continued to publish more magazines, papers, and even started a radio show. His outreach eventually spread to India and Japan before returning home due to poor health.

During the Nazi invasion, he and several brothers were arrested and quickly released. Maximilian was arrested a second time and sent to the concentration camp at Auschwitz. Here, he was assigned to a work group with other priest. Throughout his time in Auschwitz, he kept his faith and calm demeanor.

Near the end of July, a group of ten men were chosen to be executed. Out of the chosen a young husband and father, Francis Gajowniczek, cried out in despair. Maximillian offered to take his place. He endured weeks of starvation, dehydration, and neglect. He was given a carbonic acid injection with led to his death on August 14, 1941.

St. Maximillian Kolbe is adored by many. 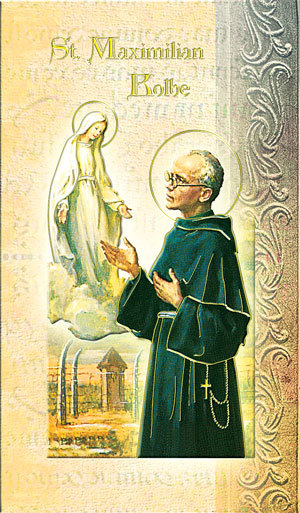 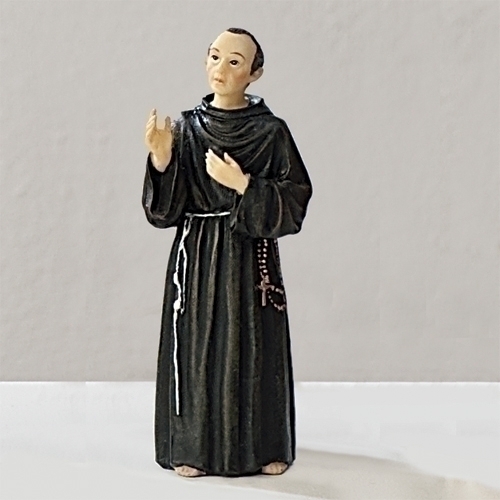