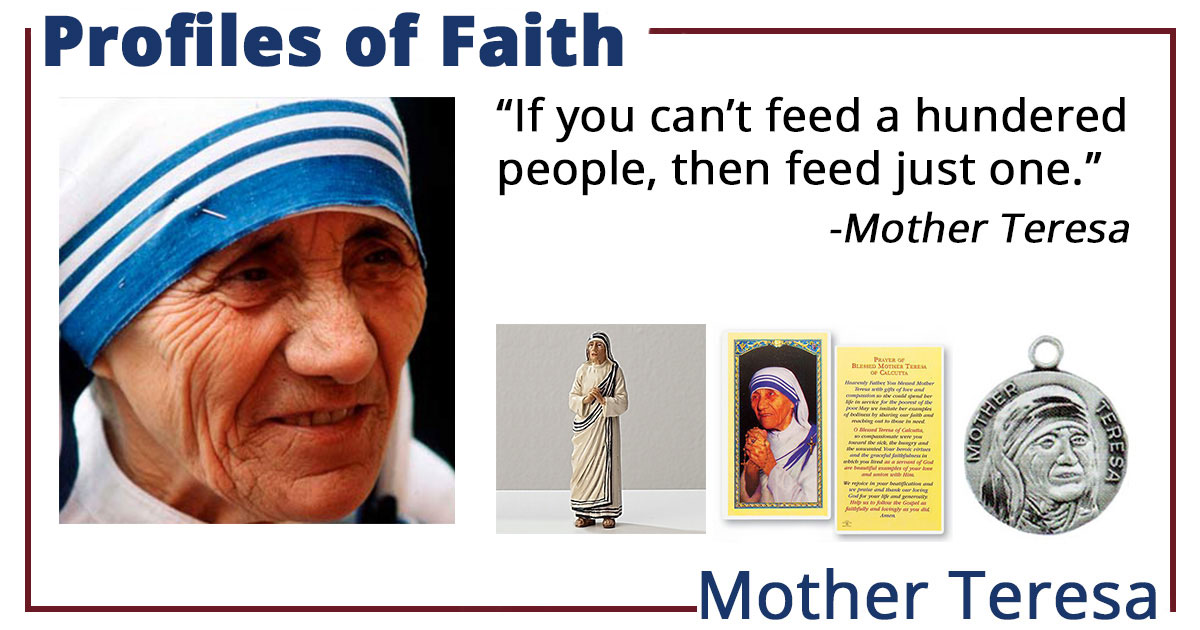 About St. Teresa of Calcutta:

Mother Teresa was born Agnes Gonxha Bojaxhiu in Macedonia. She became a postulant with the Loretto sisters in Ireland at age 18, from there she was sent to India where she would make her final profession.

Mother Teresa took off her shoes, changed into a sari, and began teaching children in the slums and caring for the dying.

Mother Teresa’s ministry attracted many young women. A new congregation formed. In 1950 Pope Pius XII approved the Order of the Missionaries of Charity.

Mother Teresa expanded her missions to every continent. In 1979, she received the Nobel Peace prize. Despite worsening health, Mother Teresa pursued and grew her congregation and missionary outreach to 123 countries.

In July 1997, she returned to her Motherhouse and died in September. She was beatified on 2003 and we are happy to announce her canonization on September 4 th!