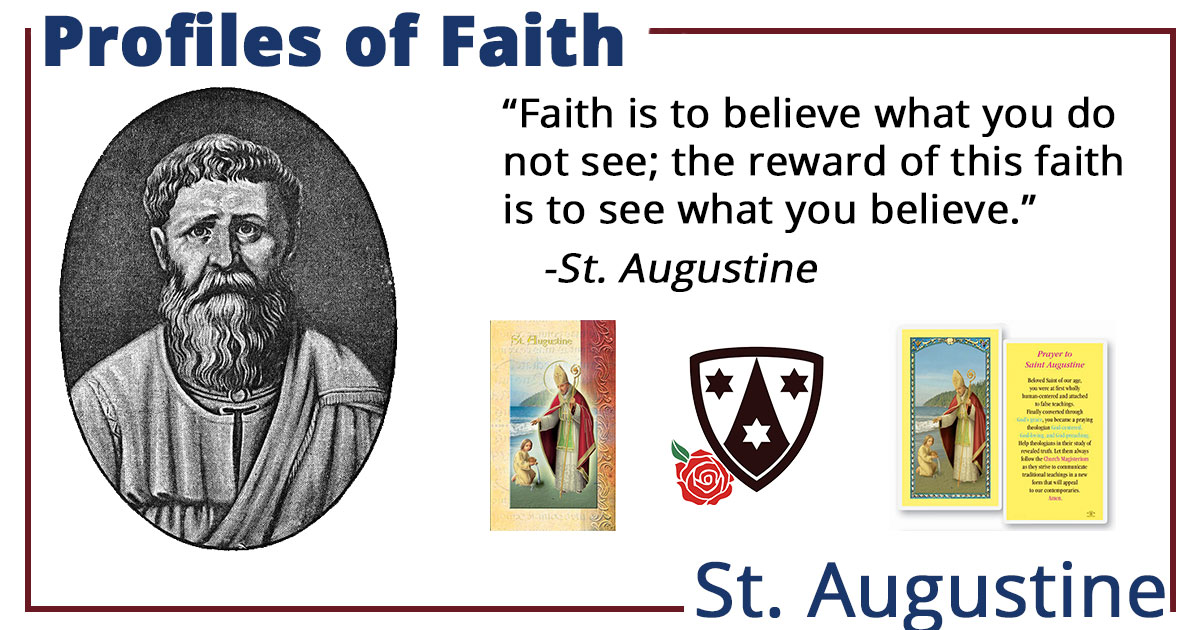 Born to St. Monica in 354 in North Africa, St. Augustine was raised in the faith but left for the Manichean religion. Augustine traveled to Carthage to study rhetoric and philosophy, while there he had a son.

In 383 Augustine traveled to Italy, but ended up in Milan and met St. Ambrose. In Milan he read about the life of St. Anthony of the desert, this led to his conversion.

Augustine converted back to Christianity, gave up teaching, and devoted his life to God. He returned back to North Africa after spending time praying and writing in Italy.

He sold all his personal belongings and created a monastic foundation. He was ordained a priest and his popularity as a preacher spread.

St. Augustine wrote many books, became a Doctor of the Church, and is one of the most distinguish theologians in the Catholic Church. 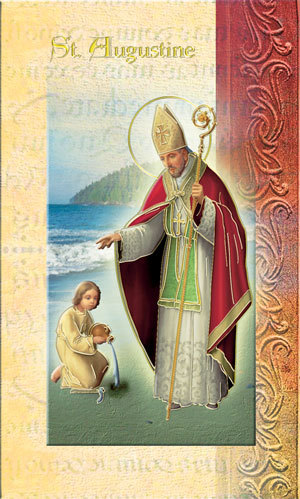 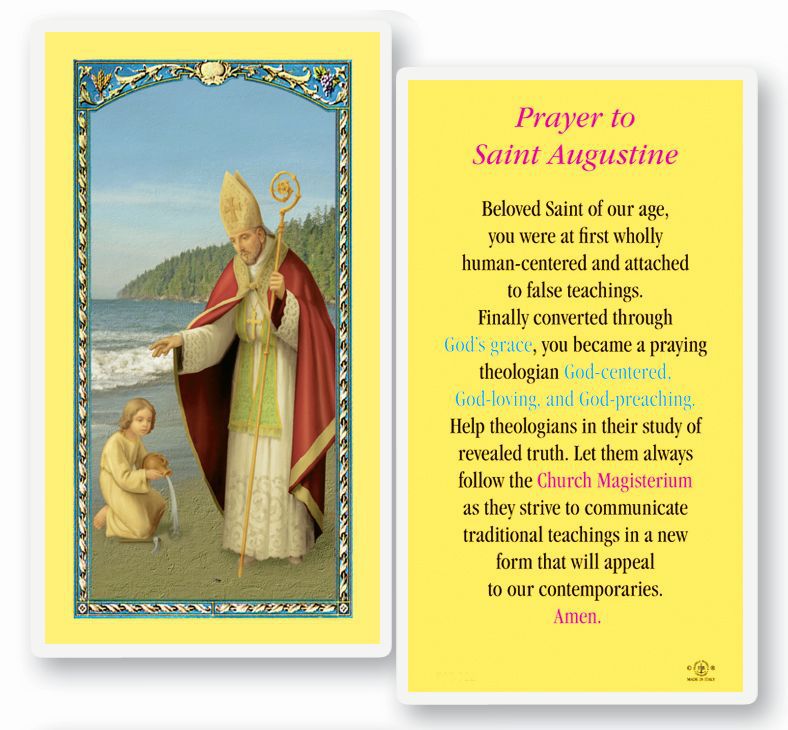